Coolest project I’ve been involved with. I wrote an essay about flowers and the sex industry for artist Heide Hatry’s new book, Not A Rose. Check out the website, NotARose.com, for more info.

Artists are some of the most entertaining interview subjects because like writers—like me—they’re out of their minds. When I was interviewing Kelly.X, she worried that her randomness and crazy tangents would be a problem for me, but I assured her that they would likely only make my job easier. I never write in order, after all. I’ll hear a really good line, or a phrase I want to use, and once I’ve found that, I just write around it. That’s how Kelly paints, too. She paints the faces first, because she wants to see the girls’ personalities, and then she moves on to the rest of the painting.

The only downside to interviewing artists is that it makes me incredibly jealous. I don’t have any talent when it comes to the visual arts. Words I can do, but pictures? Not so much. Of course, most of my artist friends feel the same way about me, and they all wish they were better writers. Huh.

To read my interview with pin-up artist Kelly.X, which ran in the September 2012 issue of Penthouse, click the link below. To see the painting Kelly did of Pet of the Year Runner-Up Emily Addison, you’ll have to visit Kelly’s website.

Kelly Futerer spent more than ten years traveling the world, working as a fashion model for some of the top designers before she started her second career as Kelly.X, a pinup artist who shines the spotlight on other beautiful women. Now Futerer is one of a handful of talented artists bringing pinup art back into vogue, with sold-out gallery showcases and sexy women hoping to be immortalized on her canvas.

Her work is reminiscent of original pinup masters Alberto Vargas and Gil Elvgren, but with a modern twist all her own. “The girls in Vargas and Elvgren paintings just speak to you. They jump off the page and they have personalities,” Futerer says. “So when I started painting, I decided to paint my own versions of what I would want a pinup girl to look like today.”

The women in Futerer’s paintings wear leather and latex—if they wear anything at all—and they frequently get caught with their hands down their pants, not something you’d see in the forties and fifties. Futerer’s models even flip you off once in a while. But no matter how rough, tough, or risqué her muses may ap­-pear, each of the women she cap­tures with her oils and watercolors exudes the lighthearted eroticism that you’d expect from a cheesecake model.

Futerer started painting pinups seven years ago, and with more than a few models’ names in her Rolodex, it wasn’t hard to find inspiration. She wanted to show her friends’ personalities, which is unwelcome in the fashion world. But it’s what good pinup art is all about. “When we were models, we weren’t really allowed to have personalities,” she says. “We were just there to sell clothing—look pretty and be a hanger.

“In fashion, you’d be asked to make a certain face or do a pose, and a lot of girls wouldn’t do it because they were afraid it would make them look ugly,” she continues. “But pinup models, those girls don’t give a shit. They’ll try it all. It’s a different breed of model.”

Women who pose for her, Futerer explains, aren’t simply catalog pages come to life. They range from five foot two to five foot ten and can be stick-thin or curvy and voluptuous. While all the women she’s featured are stunning in their own way, it’s not a particular body type or bra size that makes them stand out. “Every girl who I paint, even if she’s just sitting there, you can see personality in her eyes,” Futerer says. “It’s not that the girls are zany or crazy, but they exude sexuality and have a lack of inhibition.”

One of her favorite models is her close friend Samantha Phillips, our June 1993 Pet of the Month, who’s one of Futerer’s biggest fans. “Her work has a cool insight to it,” Phillips says. “You get a sense of the person from her work instead of just seeing a really beautiful picture of a pretty girl. Her paintings let you feel a connection with the model. It feels as if it’s a 3-D image and you’re a part of it.”

And being part of a Kelly.X work is exactly what women want. Futerer also fields requests from women who want to star in their own pinup fantasies. Ladies across the country have commissioned paintings of themselves in classic pinup poses—and even completely nude—usually as gifts for their boyfriends or husbands. “People are more in touch with their sexuality today,” Futerer says. “You used to only see pinups hung in hot-rod shops, but these days people aren’t afraid to display them as major pieces of art in their homes.”

Considering that a painting typically takes 150 to 280 hours to complete, you might expect Futerer to limit how many projects she takes on. But when we suggested one of our own lovely ladies, 2012 Pet of the Year Runner-Up Emily Addison, Futerer was delighted, despite being in the midst of finishing work on a book and two calendars. The buxom Pet’s delicate curves and expressive features had already earned her a spot on the artist’s wish list. “She’s like a gazelle, so very graceful,” Futerer says. “The way she walks, the way she holds her fingers. Everything about Emily is perfect, especially in this photo!

“I work with the nicest, coolest peo­ple,” she adds. “My job does not suck.”

Last year I interviewed an awesome artist named Patrick Leis. His works are some of the most amazing I’ve ever seen, but his medium is a little unconventional. Instead of painting on a canvas, Leis uses the human body to display his art. He’s won some pretty prestigious body-paint competitions, and models the world over are clamoring to work with him.

One of my favorite things about writing this article was researching Leis. In addition to being a painter, he’s also a writer, and he’s written more than a few books—-just not in English. If you Google him, you’ll see just how impressive his, ahem, body of work really is. But first you should read this article. Because I said please. (Please.)

To read my interview with Leis, which appeared in the October 2011 issue of Penthouse, click here. 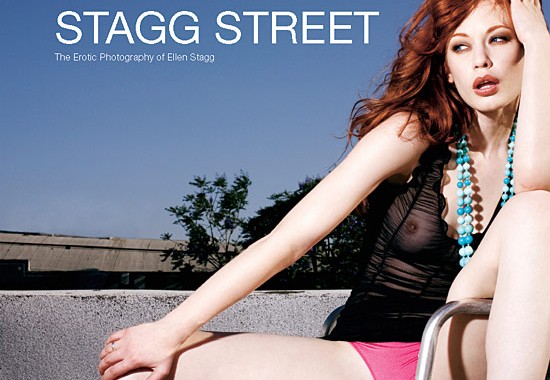